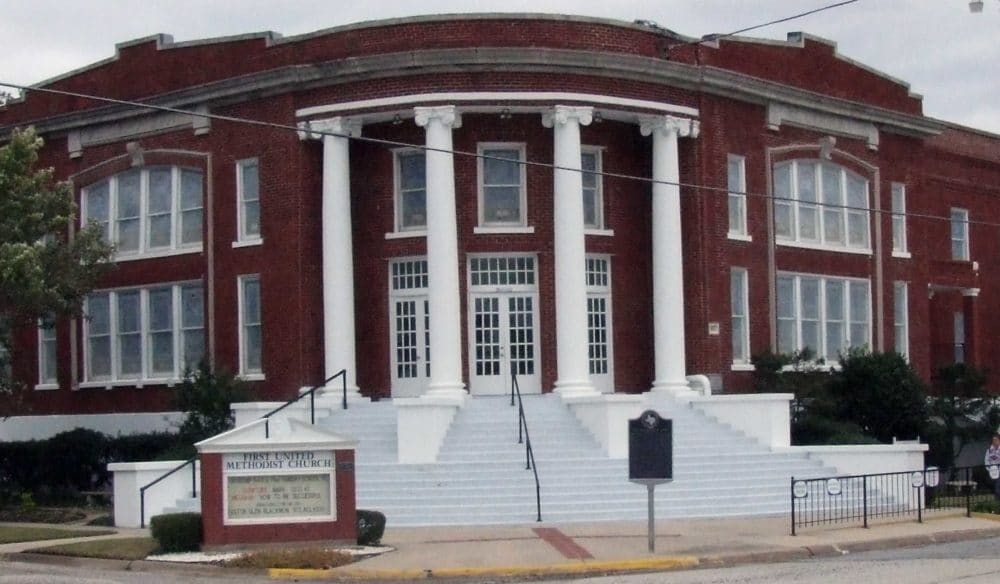 Van Alstyne Cemetery, founded 1845. Final resting place of Collin McKinney, namesake of Collin County and the City of McKinney. Located at the intersection of Austin Place and S. Sherman Ln.

First National Bank, built in 1890; current City Hall. Next to the bank is City Drug Store, which has been in continual operation since it’s founding in 1890. The store has an old-time soda fountain.

Van Alstyne Hardware, founded in 1910 as Jackson and Howell.

Texas Historic Bridge, located in Forest W. Moore Park, at the Southern end of the city on HWY 5. The bridge, which was constructed in 1890, is a pin-connected Pratt Pony truss bridge and i is one of the three longest extant examples of this bridge type in the state of Texas.

The Carter Opera House building once housed the Carter Grocery Store and Opera House. The first level held the grocery business and the second was a grand opera house. The ornate two-story building is located at the Northeast corner of Preston and Marshall Streets.

Some of the only tracks of the old Interurban Railway still in existence run north and south through town in the middle of Preston Street. Just east of Main Street in downtown, two of the original Interurban railcars are on display and currently being restored.

Sources and for more information…

Here is just a sample of some of the beautiful architecture you will find in Van Alstyne: