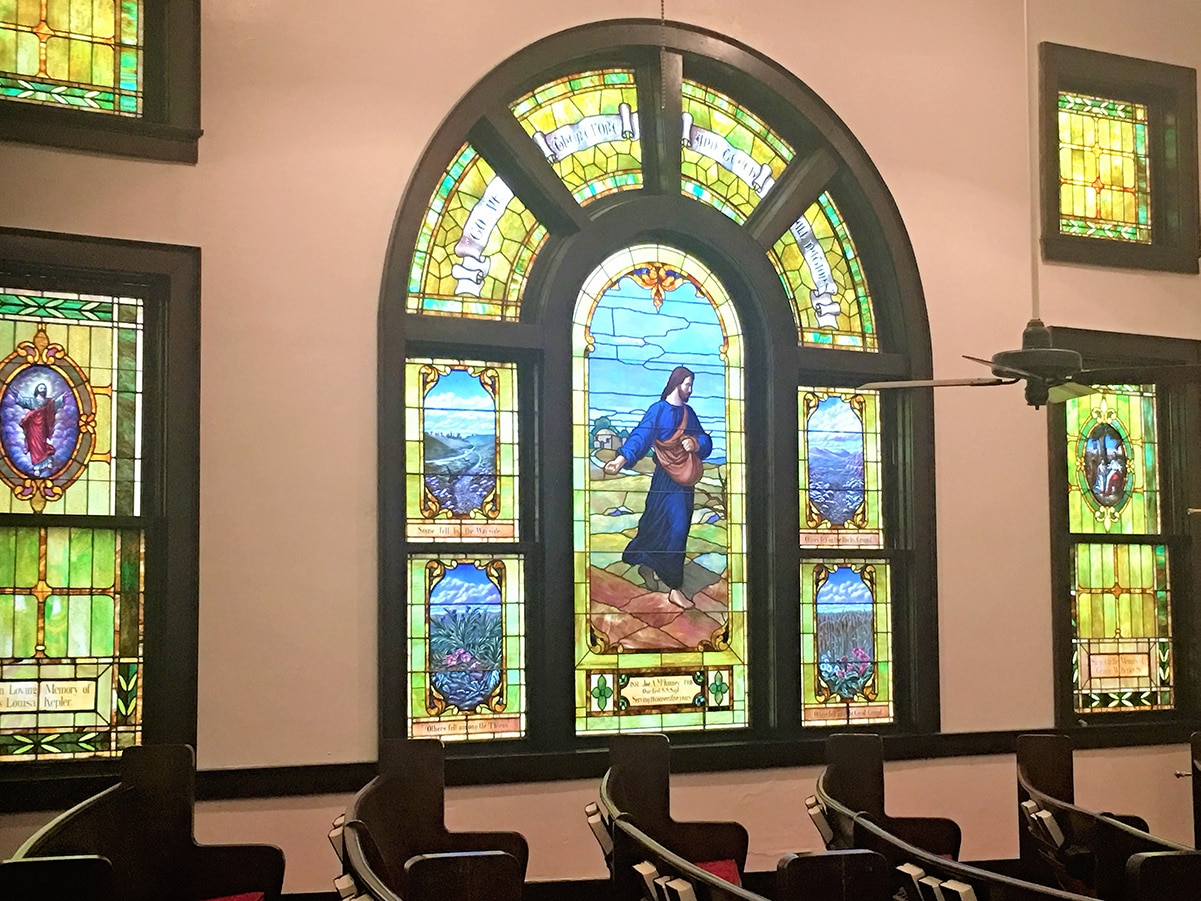 The city of Van Alstyne, located on the southern border of Grayson County, was founded in 1873 when the railroads began their rapid expansion and formation of new settlements into the rich blacklands of North Texas. The railroads bypassed the little town of Mantua that had been settled in 1854 three miles to the Southwest. Most of Mantua’s citizens relocated to Van Alstyne, bringing with them their businesses and churches.

Van Alstyne was named in honor of Maria Van Alstyne, widow of William Ashley Van Alstyne of Houston, a major stockholder of the Houston and Texas Central Railway.

Collin McKinney, member of the drafting committee and signer of the Texas Declaration of Independence. McKinney, for whom Collin County and it’s county seat is named, migrated to the Van Alstyne area in 1845 and was laid to rest in the Van Alstyne Cemetery at the age of 95.

Pearl Dye (Mrs. Scott Fulton), founder of the Tuesday Literary Club in 1896. In 1901 the group changed its name to the Van Alstyne Culture Club and has met regularly since its founding in 1896. 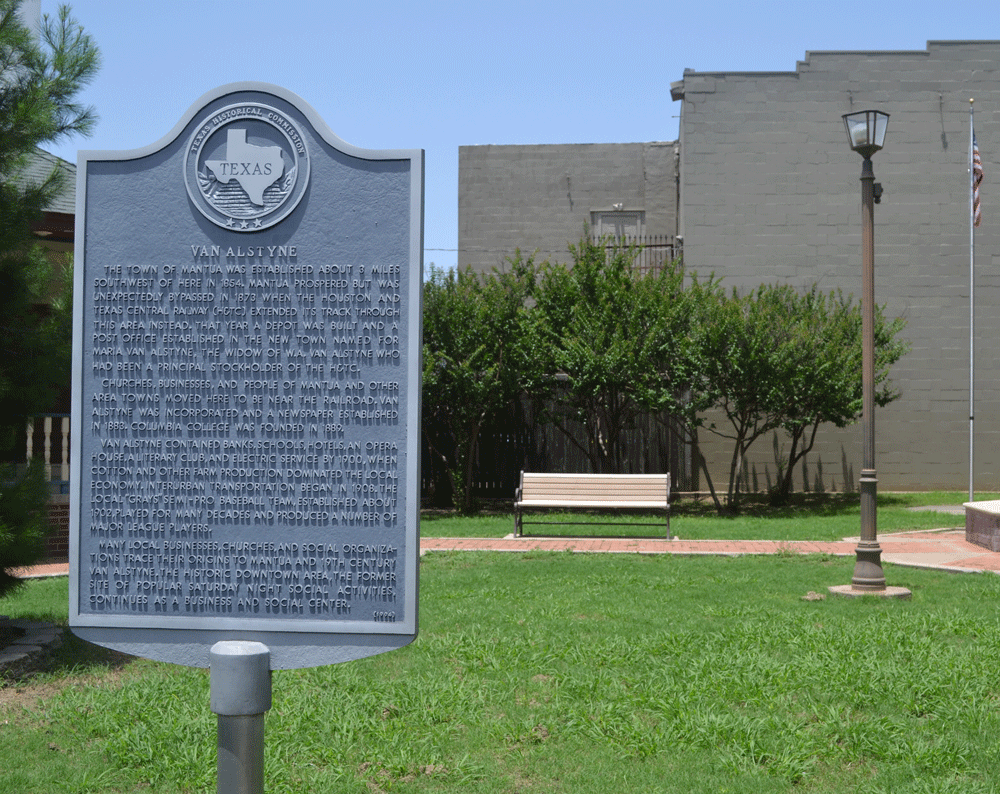